Moving back into T R U S T 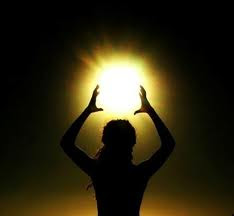 My HDI (higher dimensional reality) radar has been switched to RECEIVE of late, and today it's been louder then ever.

I often think about "channelled" or intuitive information & knowledge, knowing that its totally filtered through the human plans of consciousness into words, so what I'm writing is all that, my take on the information that I "hear"- that pre-consciousness that has no form
(wow imagine getting back to that...... hummmm well yeah but that's for another post) :)

Today my intention is to pass forward my interpretation of the energies at present.

Unless you are hiding under the Duvet and ignoring this Mercury retrograde, you are probably well aware of the state of the world this week.
We love a Mercury Retrograde to allow us to gather a new vantage point from some learning(s) we may not have quite understood, and that's small fry amongst the zillions of other levels it entails....BUT.....
I'm no Astrologer and really have a very basic understanding, again my knowing is that, totally mine. I just like to pass it forward , like Chinese whispers, I hope the knowing I receive, changes as it hits another human filter and so on.......and so forth

Having a "knowing" of planetary "stuff" for me is again just that, a feeling place, like those dreams you wake up from and remember, and years later you still have that same feeling when you think of it.....
Anyways, what I'm attempting to get at here, is there is a multitude of planetary alignments and un-alignments happening atm, a good blog to check is Allison Rae for more info.

SO know we have enlisted the planets, I can Begin......

I know its not just me, but being a "Sensitive" can be one hell of a ride, and after an 18 month hiatus in a death throw being a little unconscious in this process, now present once again, I can feel these global scales of transformation in my body, and at the same time, see my own story presenting itself, asking to be unraveled and unwound and licked clean, even and most often, the stories I thought where long forgotten.

Here's the thing - There's some major Chakra action right there.

Fire gives way to more fire, it's been stocked for a few millennium now and it's not about to stop burning......

I have been hit for six with a chest infection, helloooooo lungs, sorry..... what grief?
oh yes,
good GRIEF!

I'm letting go, what a lot of BS I'm always letting go,
or am I?
clearly not!

What are we saying on a collective level people! fire fights fire?
friction creates a flame, now that energy created by friction (or in this case anger & hate) isn't a bad thing, if it can be transmuted into love from fear, as our anger is a manifestation of undiluted fear.

This old chakra system, has something to say, well mine does, Earth's does...

I have established that the Physical manifestation with MY chest infection and throat, is through the throat chakra, its got to anchor somewhere right......
I also know that the emotional manifestations is happening right there, in the Base chakra along with a lot of humanity, we are releasing old pattens, of fear, death, money, systems, security, stability, sexuality.....I know what you are thinking......
buttttttt I thought we had already
D O N E that...
Yes and No.

OK here's what I know.
Because we have changed, we are in higher frequency, our cells can absorb light quicker and faster......
what about if we use the old system (chakras) to understand this story, shed some light on it
(excuse the pun) feel it out in the body, physically, mentally and emotionally..... Move the energy down to the feet and (there's that annoying spiritual term again) "allow the letting go"
and then use our "newly awoken" chakras to R-E-L-E-A-S-E through the soul star.

So there's letting go and then there's another level, that of Release...

The letting go shifts Mind, body, emotion (move your body, free your mind!)
The Release calls into play the Soul.... and man does that thing hold some Wisdom & Grace!

Clink on BANNER below to order any TEELIXIR product on-line

Once your PAYPAL payment has been received you will immediately receive a PAYPAL receipt. I will be notified and email you the link to AWAKENING TO RAW ebook soon as your payment has cleared.